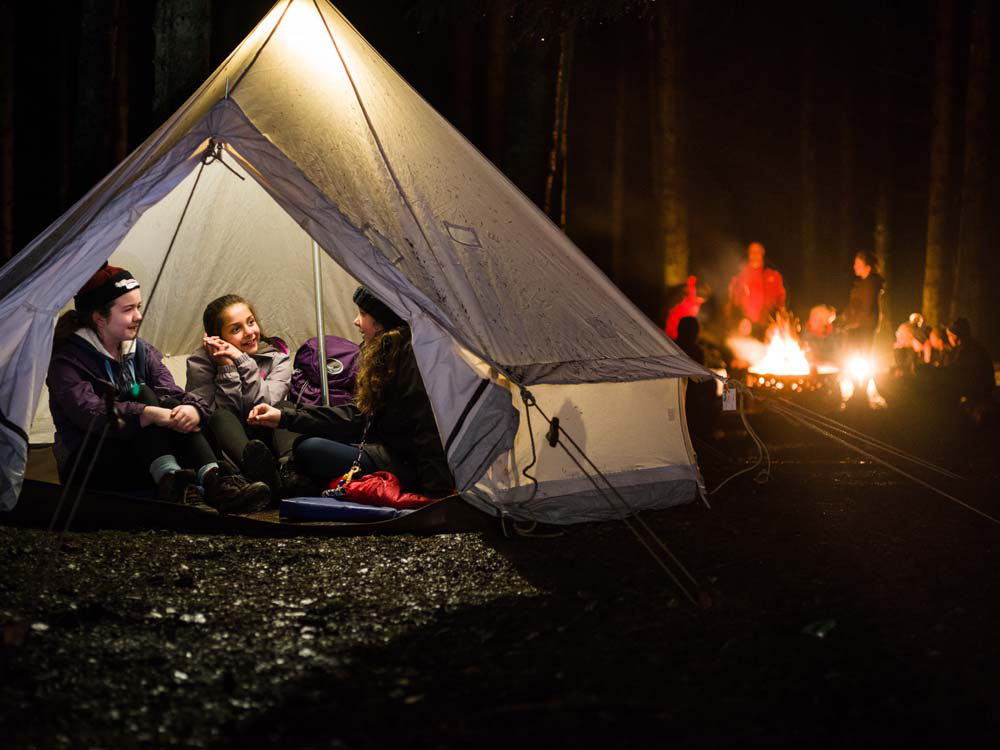 Scouts aims to build and develop young people’s confidence, sense of adventure and outdoor skills, as well as encouraging them to explore their beliefs and attitudes and be creative.  It offers them the independence to put these skills into practice at camps and even on international trips.

Scouts are encouraged to work together and take the lead on all sorts of projects, from community based work to planning games and activities for their meetings.

The Scout Troop is the third section in the Scout Group, above Beavers and Cubs. The Scout Section is for girls and boys aged between 10½ and 14 years.  There is core flexibility in the age range:  young people can join from age 10, and can move to Explorers between age 13½ and 14½

A Scout Troop is divided into small groups called Patrols, each headed up by an older Scout called a Patrol Leader, and often with an Assistant Patrol Leader.

Scouts are encouraged to take part in a wide range of activities as part of their programme including traditional Scouting skills, such as camping, survival and cooking, as well as a wider spectrum of adventurous activities, from abseiling to zorbing. Participation rather than meeting set standards is the key approach, and there are a number of badges and awards that Scouts can gain to recognise their achievements.

On my honour,
I promise that I will do my best
to do my duty to God
and to the Queen,
to help other people
and to keep the Scout Law.

To provide an enjoyable and attractive scheme of progressive training, based on the Scout Promise and Law guided by adult leadership. We do this by having a FUN programme. A Scout should want to experience challenge, excitement, interest and fun through a variety of activities.